Our award winning finescale OO gauge layout Dewsbury Midland is well-known on the exhibition circuit. It is operated either in the BR steam or blue diesel period.  At our 2006 Exhibition, Membership Secretary Greg Mape is pretending to understand how to operate the controls. 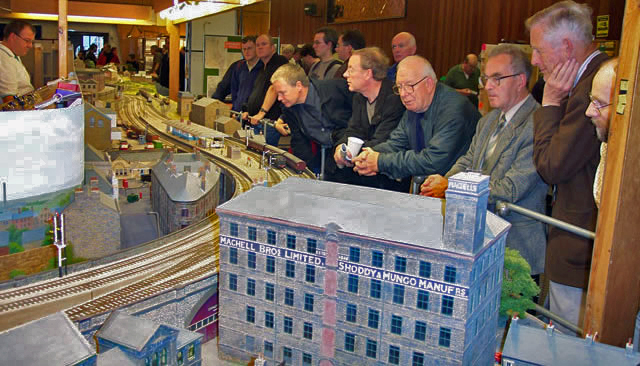 An unusual view of the underside of the arches, showing that the detail does not finish when it is out of sight. 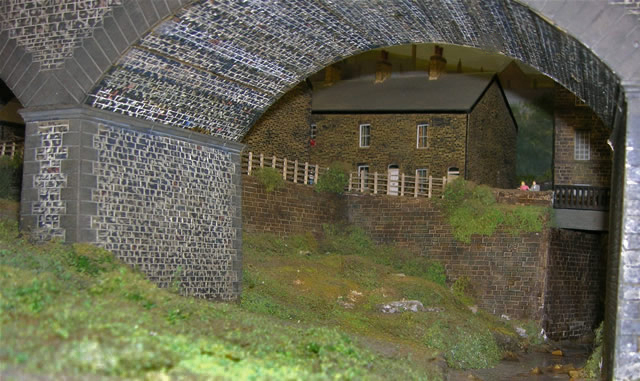 Dewsbury’s main control panel. It is rumoured that, if a fault develops, there is only one person in the whole world who understands how to fix it. 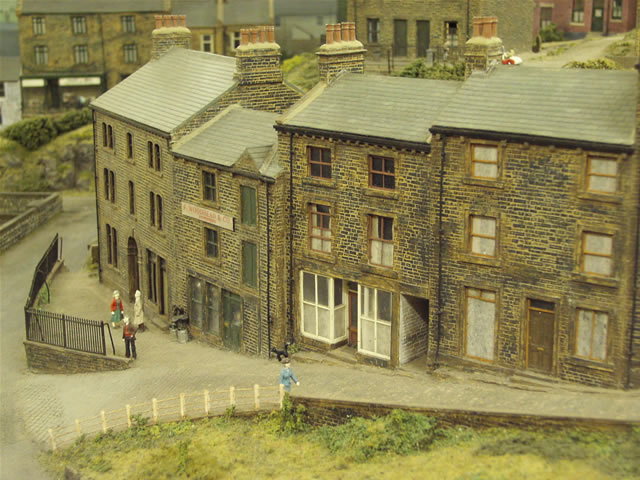 At the monthly meeting on 8th December 2007, John Sherratt photographed an unusual visitor… 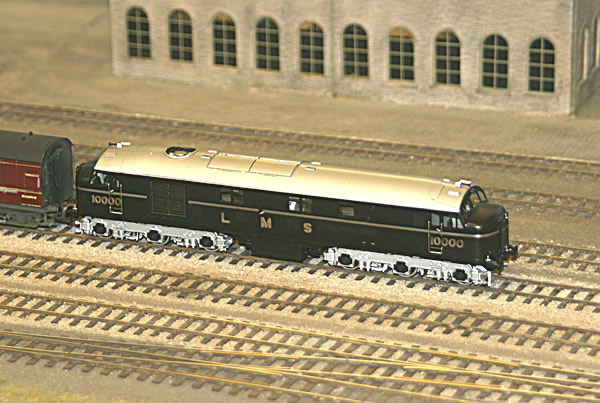 ….and David Moore photographed a couple of others. How did Bob Harper sneak a USA train in? 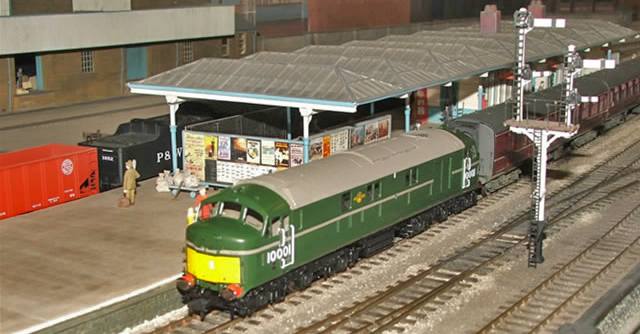 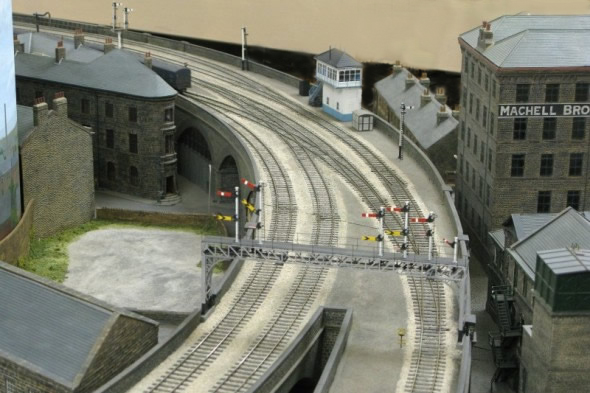 Some interesting visiting locos were in evidence at the running session on 13th August 2010.  Photos by Wally Pugh. 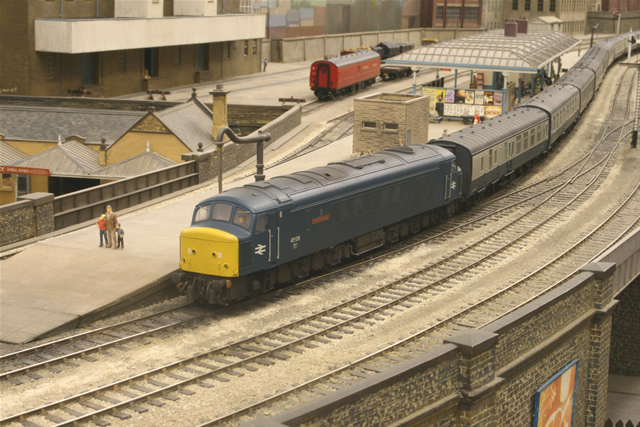 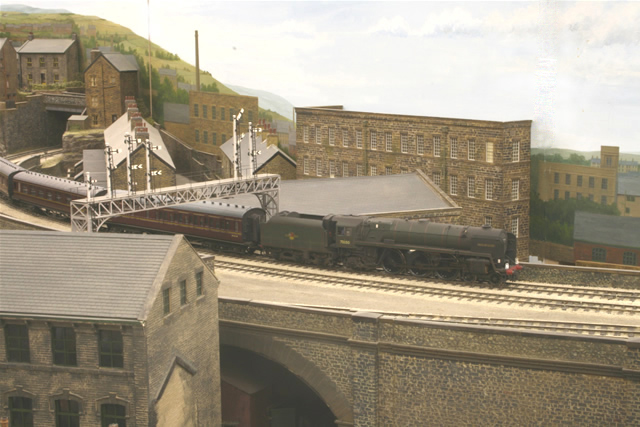 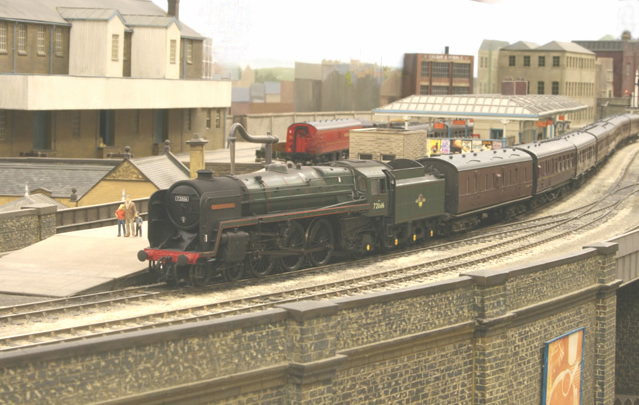 12th August 2011 Three views taken by Wally Pugh at the summer running session.A peaceful scene at Dewsbury as a 2-car dmu trundles out of the station. 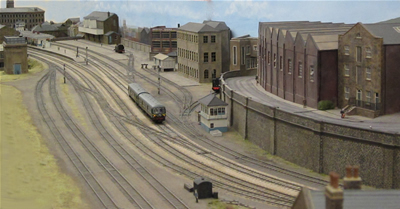 All of the big stuff is in the fiddle yard waiting patiently for a turn of duty.

A view along the length of the station side of the layout. 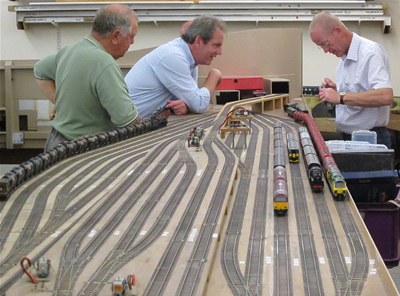 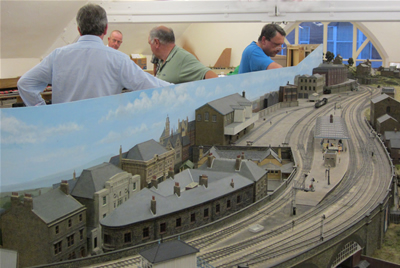 The group leader is Dave Douglas.

Back to the top ﻿